You may have noticed in recent weeks that we have a new look, coinciding with this year’s RSA Conference, the world’s biggest cybersecurity event. We bumped into plenty of familiar faces over the week of the conference, but if you couldn’t make it, here are a few stories that caught our eye as we roamed the halls of the Moscone Center.

Blockchain and social media often have their own fan clubs, but that wasn’t the case during a recent RSA Conference panel, where one MIT Professor Ron Rivest (the “R” in RSA!) noted, “Blockchain is often viewed as security pixie dust.” The panel also noted the security industry’s “obsession” with speed at the expense of overall security.

Story and image via ZDNet

Several reporters talked about the security buzzwords most often uttered on the floor of RSA. While we think “quantum cybersecurity” is much more than just another buzzword, a few of the ones mentioned – looking at you “blast radius” and “single pane of glass” – left us scratching our heads. 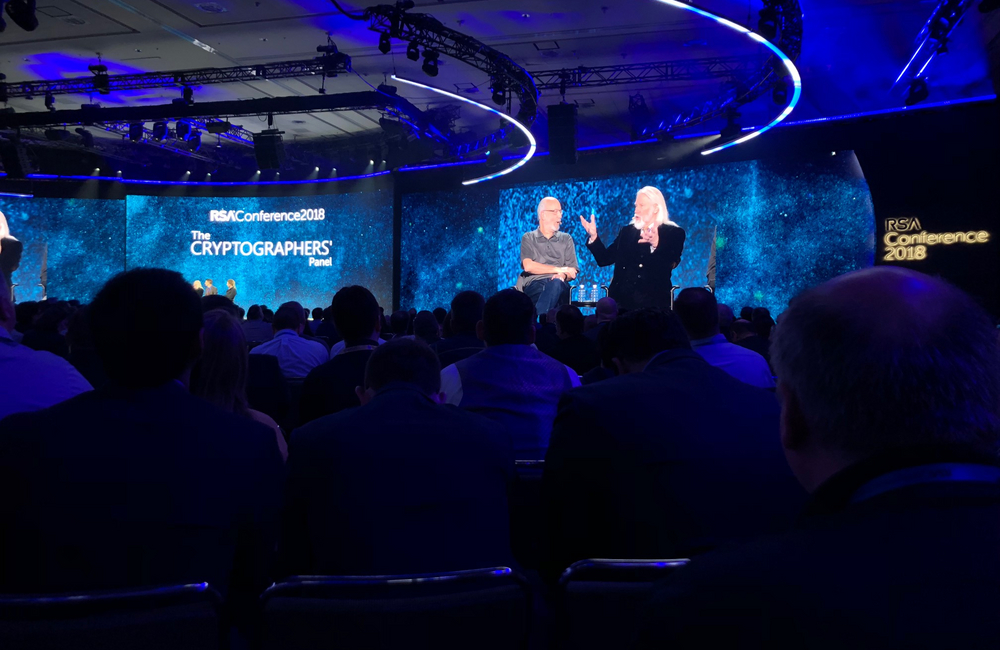 The threats posed by cyber attacks are gradually moving up the agenda of the U.S. government, with Glenn Gerstell of the NSA comparing today’s cyber threats to the global influenza pandemic of 1918; no one in the world is immune. There were also predictions that Congress is on its way to passing data breach laws to strengthen the future of cybersecurity at the national, state and local levels.

Security Boulevard’s Jenny Erie noted the sheer array of solutions on the show floor, with an endless bombardment of ever-changing acronyms, software and hardware, which can leave enterprise professionals “fighting an uphill battle across a foggy landscape.”

To break through the noise, some exhibitors went all out to attract people into their booths. Highlights included Carbon Black’s Arcade Challenge, Cybereason’s movie theatre (complete with popcorn and snacks) and the chance to win a quadbike with ATP. Our personal favorite was PKWARE’s sensational knife juggling show. And our very own rebranded booth, naturally.

When RSA Leaks Your Data

Hopefully the RSA organizers picked up some tips from this year’s vendors, after the mobile app exposed the names of 114 attendees…

For many of us, the summer is finally here. In our Australian heartland, however, winter…

The Perfect "Harvest Now - Decrypt Later" Attack    In my previous article, I described…

We use cookies to improve and customize your browsing experience and for analytics purposes. If you continue to use this site, you consent to our use of cookies. You can review our Privacy Policy here.