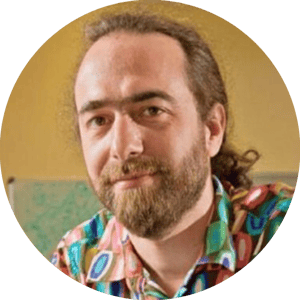 Thomas Symul is the Quantum Research and Development Lead at QuintessenceLabs and is one of its scientific co-founders. His main focus is on Quantum Key Distribution (QKD), for which he has developed a holistic view, encompassing theory of operation, physical and hardware designs as well as all aspects of the data processing suite.

Prior to joining QuintessenceLabs in 2015, Thomas worked for 13 years as an academic at the Australian National University (ANU). There, his main focus was on quantum optics and quantum information, including work on QKD which lead to the creation of QuintessenceLabs in 2008. During that time, he was also a program manager for CQC2T.

He has published over 50 papers during his career, including in prestigious journals such as Nature and Physical Review Letters, and has been awarded the Eureka Prize for Scientific Research in 2006 as well as the AIP Alan Walsh medal for service to the industry in 2014.

Prior to moving to Australia, Thomas completed a master's degree in Telecommunication Engineering at Telecom Paris (ENST) in 1998, and a Ph.D. thesis at the Centre National d'Etudes des Télécommunications (CNET), and the University of Paris VI in 2001.